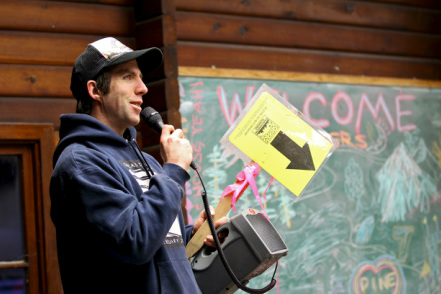 James Varner Co-Race Director and Owner of Rainshadow Running, and the founder of the U.S.' first Trail Running Film Festival, has been running trail ultras since 2001 and organizing races since 2004. His approach to directing races comes from the idea that he is throwing a party for friends that just happens to involve running on the toughest trails in the Pacific Northwest. The settings he and Team Rainshadow choose for Rainshadow races are a combination of challenging terrain and big climbs/descents, with some of the most visually stunning scenery in the United States thrown in for good measure.

James enjoys trail running for the solace and simplicity, for the excitement and the beauty, for the challenge and confidence, for the lessons he's learned about himself and the world itself, and for the places he runs and the people he meets. When he's not giving high-fives at Rainshadow finish-lines, odds are good you'll find James on the road with The Trail Running Film Festival, helping plan the next Steamboat Stringband Jamboree, or training for Hardrock.

Elizabeth Reese Co-Race Director and Volunteer Coordinator
Elizabeth works hard to organize and coordinate most of the logistical components of the Rainshadow events along with coordinating the volunteers and ensuring the race weekends run smoothly.

Hailing from Iowa, Elizabeth's running background was originally in road races. She moved to Seattle in 2010 and started running with a fundraising group, Team in Training.  After running a few more marathons with this group, she took up hiking and quickly realized people RAN on trails. She instantly fell in love with the mountains and has been running trails ever since.

​Completing her first ultramarathon in 2014 at Sun Mountain, she knew Rainshadow Running was something special, and began volunteering at races she wasn’t running just to be a part of the atmosphere. In 2015, Elizabeth was brought to the team officially and has been working full time since 2016. When she’s not at a Rainshadow event, you'll likely find Elizabeth hiking with her trusty trail dog, Molly, grabbing beers at a local brewery with her husband Joel, or checking out a new band she heard on KEXP.

William Worrell Chief Financial Officer
William is no stranger to the trail scene. After working with James back in the beginning years of Rainshadow Running, he is back and better than ever. William rejoins the team mostly behind the scenes but can also be found lending some muscle on race weekends.

When William is not at a Rainshadow event, he is spending time running and skiing around the mountains in Winthrop. Originally from Tennessee, he’s been living it up for 20 years in the Pacific Northwest! ​ 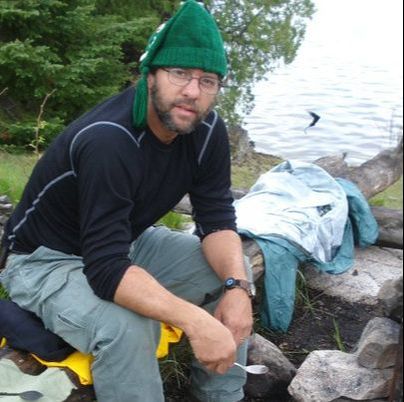 Rob Canby Operations Assistant
Rob joined the Rainshadow Running Team in the summer of 2017.  Keeping it in the family, Rob is Elizabeth's dad and is a super experienced outdoorsman, with a variety of experience including blacksmithing, rock climbing, abalone diving, & triathlons.  Rob lends a helping hand every race week and you will likely see him out on the course or at an aid station.

​Originally from Iowa, Rob and his wife, Barb, moved to the Phoenix area for several years before landing in the Pacific Northwest.  They enjoy camping, road trips, and craft beer. 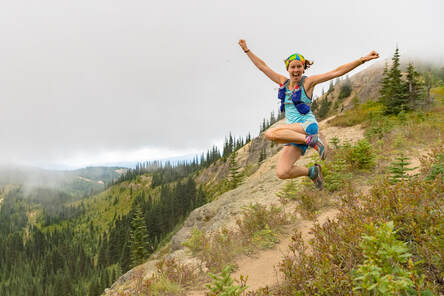 Jessie McClurg Assistant Race Director
Jessie brings an exceptional level of organization to our race planning as well as some of the most entertaining Instagram stories out there. She can be found helping with race logistics and operations on race weeks as well as assisting with race planning and customer service.
​
Jessie grew up in central Maryland, where the nearest trails were hours away and her mother went ballistic every time she came home from the backyard woods covered in mud. Although she played sports growing up, she didn't start running until after grad school, which had turned her and her classmates into amorphous blobs. Never having been a runner before, she decided to start by "running until it wasn't fun anymore." On her first run, she made it three-quarters of a mile. One year later, she ran her first marathon, and two years after that, she ran her first trail ultra.

Jessie and her husband Mark moved to Washington and immediately embraced the PNW lifestyle, spending every weekend in the mountains or on the water. Outside of work and running, Jessie loves to collect hobbies. Her latest include cooking, fermentation, and van camping.

Ben Perri Operations Assistant
The newest member of our team, Ben started with Rainshadow as a superstar volunteer, doing all manner of tasks and often working just as many hours as the staff. After a brief hiatus that took him to Hood River and then on a tour of the national parks of our country, Ben is back and in an official capacity.  He will be our beer liason and can be found on race weeks helping ensure the race runs smoothly.  As an aspiring photographer, he can also be found capturing beautiful photos of our race courses.

Born and raised in New York and after a brief flirtation with higher education, Ben realized his calling was hardcore music. He went on the road as a tour manager with a band from Brooklyn, Shutdown, and began writing and publishing Trydent Fanzine about this music scene and the people in it. In fact, he was so immersed in hardcore that he was asked to join other New Yorkers as the vocalist / screamer for the band they were forming. From Autumn to Ashes went on to international fame and not much fortune but enjoyed many round-the-world trips performing. Fast forward about seven years and the break-up of the band, Ben moved from NYC to Seattle where he spent six years as a bartender at the world-renowned cocktail bar, ZigZag Café, under the tutelage of Murray Stenson, a legendary mixologist. He proved to be a great student and was nominated on the long list for American Bartender of the Year in 2012.

Today, he makes his home in Tacoma, WA, spending his days as a trail runner, outdoor adventurer, marathoner, ultra-runner, and sweeper. Ben thrives in the mountains and tries to capture the beauty of the great Northwest and beyond in his photos.